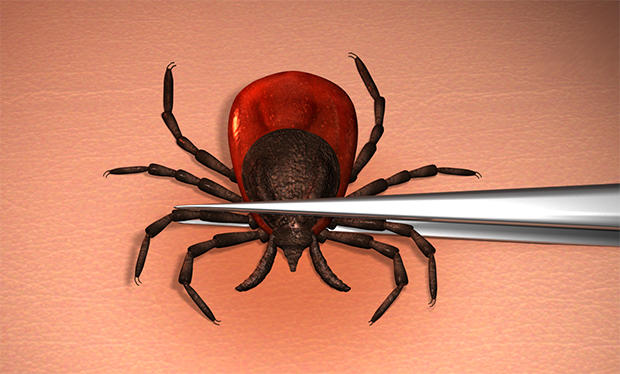 According to a report from the Center for Disease Control and Prevention, Illnesses from mosquito, tick, and flea bites have tripled in the U.S., with more than 640,000 cases reported during the 13 years from 2004 through 2016.

Illness from ticks is the most concerning in Massachusetts considering the large number of blacklegged ticks in the state and that many of them are carrying diseases.  The blacklegged tick carries at least five different illnesses; Lyme disease is the one with the greatest number of cases.  The season for ticks in Massachusetts is April through December, with the peak season occurring in May through August.

Ticks are tiny bugs most likely found in shady, damp, brushy, wooded, or grassy areas (especially in tall grass), including your own backyard.  They attach to animals or people that come into direct contact with them.  Usually the tick needs to be attached for 24 hours before it can spread a germ.  These ticks are capable of spreading more than one germ in a single bite.

Ticks like to attach to people in warm, moist areas like along the belt line, back of the knees, armpits, in the groin area, along the scalp, back of the neck and behind the ears.  Early symptoms will usually occur 3 to 30 days after a tick bite.  The symptoms you should look for with tick-borne diseases include fever, chills, headaches and muscle aches.  With Lyme disease you may also see a rash around the site of the bite that looks like a bullseye, but not always.  If you suspect you may have been bitten by a tick, call your primary care provider.  Early treatment with antibiotics will prevent later more serious problems such as chronic arthritis in joints, nervous system problems or heart rate issues.

You shouldn’t be afraid to go outside during the summer months because of ticks, but you and your family should take precautions to avoid a tick bite.

If you find a tick attached to your body, remove it as soon as possible using a fine-point tweezers.  Do not squeeze or twist the tick’s body, but grasp it close to your skin and pull straight out with steady pressure.